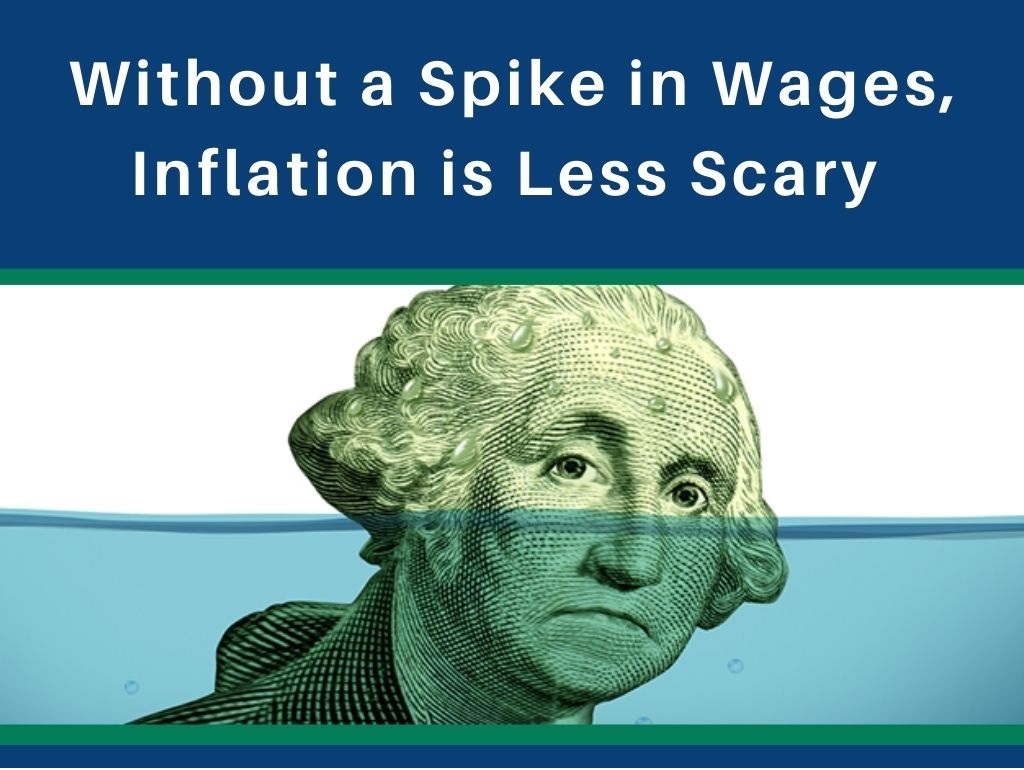 Without a Spike in Wages, Inflation is Less Scary

Inflation isn't the Only Factor Impacting our Economy

Inflation is clearly a headwind for investors, but it might be more of a breeze

Recently, inflation has found its way into the broad economy.  This is partly a result of the tremendous amount of government stimulus over the past 18 months in reaction to the COVID-pandemic.  Even though some prices are up lately, don’t look for robust and sustained inflation to appear unless wage levels rise appreciably…and that is not likely to happen soon.

Recently, inflation has found its way into the broad economy.  This is partly a result of the tremendous amount of government stimulus over the past 18 months in reaction to the COVID-pandemic.  Even though some prices are up lately, don’t look for robust and sustained inflation to appear unless wage levels rise appreciably…and that is not likely to happen soon.

Although there is much talk about inflation in the U.S., fears of stagflation – defined as slow economic growth overall, high unemployment and rising inflation – could be more disconcerting, but that’s another topic altogether.

Ok, So Inflation is Rising

Maybe worse was that the Bureau of Labor Statistic (BLS) reported that over the last 12 months, the all items index increased 5.4% – the largest 12-month increase since a 5.4% increase for the period ending August 2008.

That 5.4% increase over the past 12 months is just less than double relative to the long-term trend. Inflation in the United States has averaged around 3.3% from 1914 until 2021 and it has averaged about 3.7% for the past 60 years. For perspective, inflation reached an all-time high of 23.70% in June 1920 and a record low of -15.80% in June 1921. Many will remember the high inflation rates of the 70s and early 80s when inflation hovered around 6% and occasionally reached double-digits.

A 2% level is the Federal Reserve’s ideal rate – sufficient to fuel a growing economy yet not so heated that it leads to distortions as in the double-digit 1970s.

Pay Attention to the Components

We see movement from time to time in the volatile energy and food sectors. In fact, over the past 12 months, prices for energy are about five-times that 5.4% headline number, coming in at 24.5% higher than a year ago. But surprisingly, overall prices for food did not jump at such a rapid clip, and skyrocketing prices for used cars and trucks accounted for about one-third of the total inflation felt by consumers.

For many of us, low inflation is good because tame prices can allow for real growth in an economy. It can also help both businesses and individuals clear up their balance sheets with historically low interest rates, as we’ve seen over the last few years.

Think About Wage Growth Too

However, sustained inflation doesn’t come just as a result of rising prices on goods and services. Another component to consider is inflation due to wage increases.

And here’s the thing about wage increases: most businesses have not faced any significant increased wages during or after the COVID-financial crisis. At least not yet.

It’s true that real hourly wages over the last 12 months were up about 2.5%, but that can hardly be considered a spike. And take a look at wage growth since 2006, courtesy of the Department of Labor. 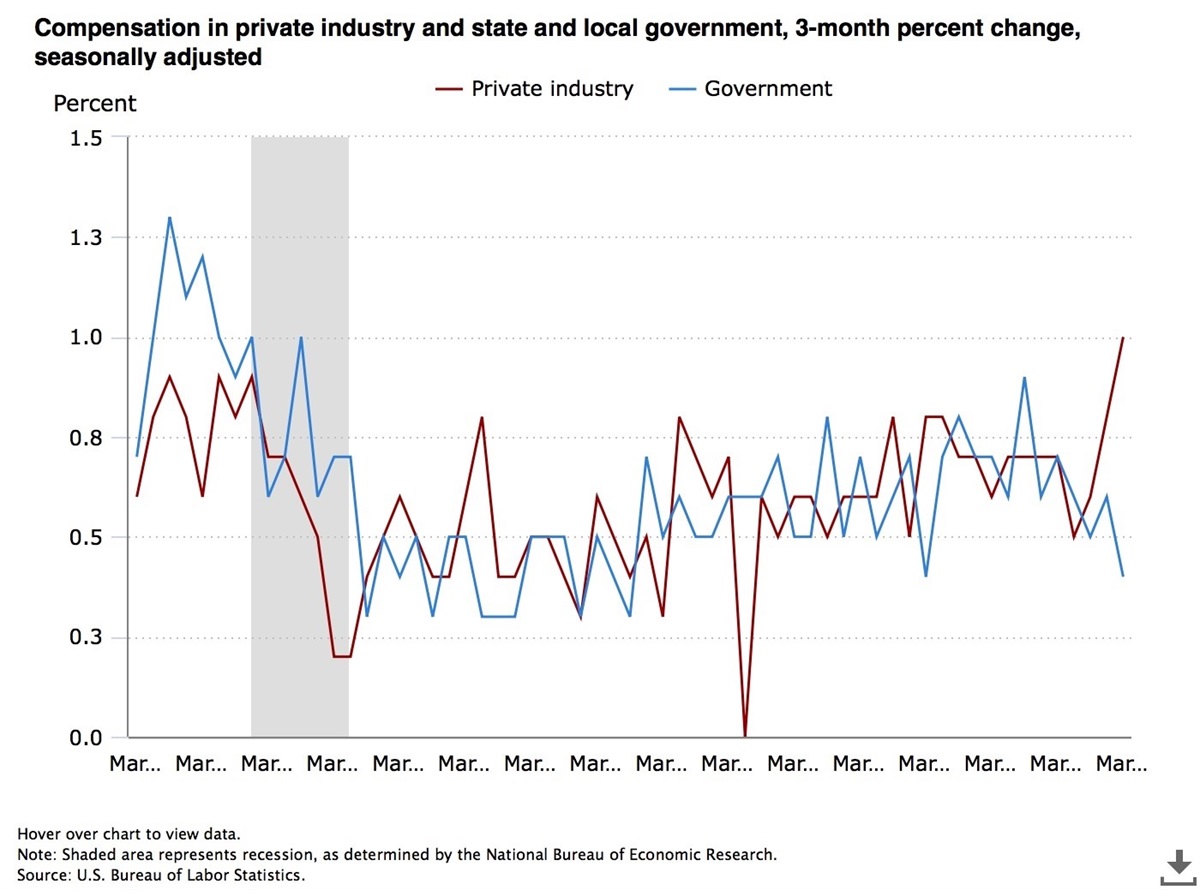 When we start to hear about wage increases that are significant and across many industries, then we might have to begin really worrying about inflation.

All information is believed to be from reliable sources; however LPL Financial makes no representation as to its completeness or accuracy.

This article was prepared by FMeX.